Lois Doran Thomas (90) died on June 27, 2015, of causes incident to age. She was born on March 2, 1925 in Magna, Utah, the daughter of Lewis Powell Doran and Velma Maud Long Doran. In 1927, the family moved to Salt Lake City, and in 1937 they moved to Berkeley, California, where Lois graduated with high honors from Berkeley High School in 1943. During that summer, she worked as a welder on tankers in a shipyard, as part of the war effort. She married Vern Rowe Thomas in the Salt Lake Temple on Sept 3, 1943. Her mother died on November 2, 1942 and her father on December 14, 1962.

After her eight children were all in school, and she was working in the Library at Dixie College, she began classes to fulfill her own academic goals. She received her Associate Degree from Dixie College, her Bachelor’s Degree from Southern Utah State College (now SUU), and her Master’s Degree from Utah State University, all with high academic honors. She taught at Dixie College for 20 years before retiring in 1986 to serve a mission with her husband in Madrid, Spain.
She held many positions in The Church of Jesus Christ of Latter-day Saints, including President of the Ward Primary, President of the Ward and Stake MIA, a member of a Stake Relief Society Board, and Choir Director (in many different wards). She earned the YWMIA Golden Gleaner Award. She organized and directed a community choral group in Idaho, and was a member of community choral groups wherever she lived in Idaho, California, and Utah. She served as President of the local and District PTA’s in Idaho. She was a member of the Alice Louise Reynolds Literary Club Chapter 11 in St. George for more than thirty years. She had a beautiful voice and loved singing the most complicated parts in choral numbers. She was a soprano soloist in St. George’s annual production of the “Messiah” for 15 years. One of her most difficult times occurred when she could no longer sing solos, due to problems in her vocal chords. She loved the family cabin in Pine Valley and was the organist in the Branch there, while her husband served in the Group Presidency under Dean Gardner, for more than 14 years before they served their mission. When they returned, they served as ordinance workers in the St. George Temple for nine years, until poor health forced them to discontinue. She has done extraction in her home for more than 30 years. During her final years living in Cedar City, she was also active in the Aunt Margaret Camp of the Daughters of Utah Pioneers.
Lois and Vern traveled extensively and kept detailed journals that made re-living those experiences a real pleasure in their later years. Keeping detailed records was an ongoing habit.
Lois was an intelligent woman who taught her children the value of getting an education and working diligently to reach their goals. She rejoiced in their accomplishments. Good family relationships were always a priority. Each of her grandchildren was given a hand-stitched baby quilt, and each great-grandchild received a crocheted baby quilt, when her arthritis made quilting no longer possible.
She is the mother of eight children: four boys and four girls. She is survived by Steven Doran (Kristine) Thomas, Cedar City; Keith Vern (Sherrie) Thomas, Las Vegas; Barbara (Steve Rushton) Thomas, West Valley City; Paul Rowe (Debra) Thomas, Beaver; Beverly (Craig Rasmussen) Thomas, Ephraim; Maurine (Gary) Ramos, Ephraim; Mark Lewis Thomas, Cedar City; and Emily (Bradley) Neilson, Las Vegas. She has 29 grandchildren and 55 great-grandchildren with one more great-grandchild due in October.
A viewing will be held at the Southern Utah Mortuary, 190 N. 300 W., Cedar City, Utah, Wednesday, July 1, 2015, from 6:00 p.m. to 8:00 p.m. and on Thursday, July 2, 2015, from 9:30 a.m. to 10:30 a.m. Services will be held in the “Rock Church”, 97 E. Center, Cedar City, Utah, at 11:00 a.m. Interment will be in the St. George City Cemetery at 4:00 p.m., directly across from the former family home, all under the direction of Southern Utah Mortuary. Online condolences can be made at www.sumortuary.com.
The family would like to thank Southern Utah Home Health nurse Maggie Conrad and Ethan Bunker with Hospice for the kindness and care shown to our mother. 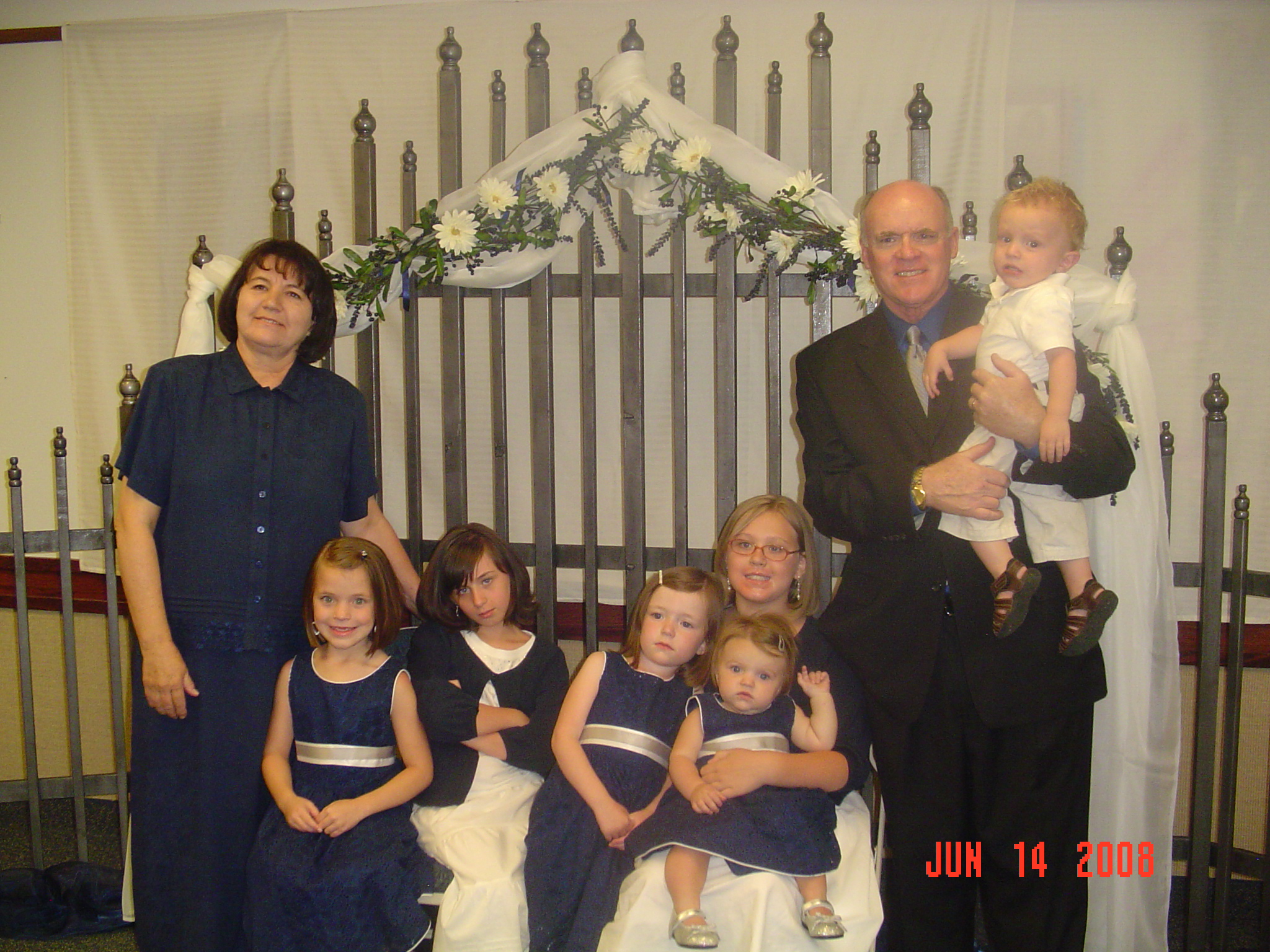 I am still living in Beaver.  We have been here for over 31 years now.  I just retired from teaching Seminary and just loved the young people (We finished 33 years of teaching).  I spend my spare time (which unfortunately we don’t have too much of) doing the scoreclock at high school football and basketball games.  I love spending time with our grandkids.  We have 10 grandkids with 3 of them living here in Beaver.  We get to see the three here in Beaver almost every day which is wonderful!!!   We have all our kids married except one, our 35 year old son, and so if you have eligible single daughters, we are looking for him (he doesn’t seem too concerned about looking!!?!). We have a son )Morgan) who lives in Spanish Fork, and a son (Jeff) (the single one) and a daughter (Victoria) (married with three children) that live here in Beaver, a daughter(Olivia) (married with two children) that lives in Washington, Utah, and a son (Jeremy) (married with five children) that lives in St. George.  We stay busy with grandkids, church activities, school activities, work (Debra works at the local drug store and at a dentist office and then we are substitute mail drivers for our son.  He drives the mail from Beaver clear out to Garrison each day.  When he wants a day off, we do his mail run (usually just on Saturdays)  I am really enjoying being retired but I have been so busy that I don’t know how I ever found time to teach full time!!  I guess I am just doing things that I have put off for the last 30 years!